Putting Virno in the context of our readings this week on anarchy (Colin Ward, Todd May, David Graeber) raised some questions about his uptake of Hannah Arendt’s categories (which she in turn derived from Aristotle, I believe).  Particularly in the Exodus essay (“Virtuosity and Revolution”), but also in his book (A Grammar of the Multitude), Virno wants to draw a sharp line (following Arendt) between production and politics: politics is a kind of “virtuoso” performance requiring the presence of others but leaving no end-product behind; production is (or was) indifferent to the presence of others and produces a final product.  And his point is that contemporary production not only incorporates aspects of “general intellect” in the form of technology in fixed capital (machinery), as Marx says, but also incorporates aspects of the general intellect in the performance of workers working together alongside the machines (that are themselves “doing” the work).  Post-Fordist work (under real subsumption) thus becomes a kind of virtuoso performance which therefore doesn’t involve an end-product.

But that, to my mind, diminishes the importance of what Marx also, elsewhere calls socialized labor: post-Fordist work does indeed involve virtuoso performance to some extent, in that it requires the presence (indeed, more: the cooperation) of others, responds to unforeseen circumstances, etc., as Virno says.  But that very cooperation (socialized work as a veritable force of production) also contributes value to the end-product, and therefore retains important features of productive activity, which Virno ignores.

And the same is true on the other side of the coin: under capitalism (as well as other circumstances) political action that is supposed to be virtuoso performance and thus produce no end product continues of course to require the presence of others, but it also generates and leaves behind a (more or less) permanent State apparatus as its product – and therefore retains important features of what is supposed to be the sphere of work.

As valuable as Virno’s notion of “exodus” is, his (or really Arendt’s) categorization risks obscuring both (1) the extent to which virtuoso-cooperative production contributes to surplus, and how such production could/should be self-organized rather than remain under the command of capital and (2) the extent to which political activity could/should be devoted to facilitating cooperative production relations themselves rather than constructing a State apparatus to enforce the commands of capital. 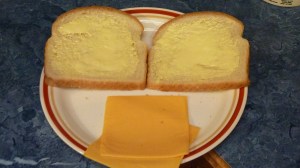 It seems to me there is a developing trend in political theory/radical studies that I would want to identify as broadly pragmatist.  It tends to like Dewey, it tends to be almost entirely negative in its critical account of other thought, and what positive visions it does offer tend to be very limited in their political ambition. The structure of the typical sentence seems to be something like: “neither extreme conservative strawperson x or extreme radical strawperson y, but rather my own moderate, reasonable, unassuming option z” (q.v. Mazzarella, p. 727).  Z of course avoids the terrible old ways of x, but it also avoids the supposed starry-eyed extremism of y, or whatever the most au currant radical theory is.  The author, in this tradition, takes absolutely no risks.  S/he critiques strawpersons, or the most extreme bits of a theory, the reader passively agrees, and then the author charts out an unobjectionable middle ground that seems pleasant and mild. The author can only seem smart, thoughtful, rigorous, and their ideas are almost entirely insulated from critique.

I don’t like this approach really at all.  I certainly don’t like the strawperson stuff, which usually is just a condemnation of an argument the theorist-of-the-moment never made anyway.  And I don’t find anything delicious in the mild–or really, bland–alternatives on offer.  The modern pragmatists, just for example, manage to write entire tracts without ever saying anything explicitly about (let alone decrying) capitalism or class domination.  (Of course there are improvements to be made to the class-reductionism of so much Marxism, but avoiding the entire issue is no solution–or rather, it is a pro-capitalist solution).

Similarly with Mazzarella.  I’ll take H&N’s challenge to continually find ways to flee structures of representation and institutionalization, thank you very much, rather than Mazzarella’s undefended acceptance of those structues as “fundamental” (p. 722) and subsequent agenda to merely add to “the richness of our investment in them” (p. 727).

What is this trend away from dangerous, tightrope-walking thinkers (whether they be Nietzsche or Kant) and toward safe, mild-mannered ones (like Dewey or Habermas)?  Better I think to be confronted with the thrilling challenge of Kant’s argument, and then decide what to do with it, rather than be drugged by someone like Mazzarella’s unobjectionable middle ground.